Carpooling Telegram group SG Hitch has changed its name and is very much active after the authorities suspended carpooling activities.

This came shortly after the ban of carpooling was announced on 16 April 2020.

Channel NewsAsia reported that the Land Transport Authority (LTA) said that enforcement action will be taken against drivers who continue to carpool during the COVID-19 outbreak, as this is considered an offence under the COVID-19 (Temporary Measures) (Control Order) Regulations

Drivers who are caught offering carpool rides during this period face a fine of up to S$10,000, a maximum of six months jail, or both.

“This includes non-commercial carpool arrangements between people who do not live in the same residence,”

This private arrangement includes those made through chat groups such as SGHitch.

The new Telegram is running and is called Covid-19 Lockdown SG. In a short span of time, it has amassed more than 55,000 members.

The admin message has stated that carpooling is now illegal during Covid-19, but states that “Carpooling refers to sharing, as long no sharing its ok. Consider it as PRIVATE BOOKING.” It also assured members that do not accept multiple pitchers, just one you are safe!.

It also asked Hitchers, in this case riders, to continue to put up their requests. Drivers and riders are continuing to put up requests on the group chat, disregarding the ban of carpooling during this period. One of the drivers also agreed to what the group admin had said but added a disclaimer, Admin say one.

Members of the public who has knowledge of or come across those flouting the rules can report to LTA through the OneMotoring portal. 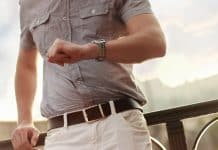