Tada by MVL will be Singapore’s 1st blockchain on-demand ride booking service. Adopting an incentive-based blockchain mobility ecosystem named MVLchain, the MVL application aims to ensure that both driver’s income and commuter’s fare are protected and competitive without compromising on the overall ride experience.

MVL is adopting a zero-commission model to entice drivers to join its platform. It will be a first of its kind in the private-hire market as Grab and the now-defunct Uber charges drivers a 20 per cent commission.

Too good to be true then it probably isn’t? Tada will take a 3.4% of each fare that is paid by electronic payment for maintenance of its platform. Cash transaction will still be commission-free.

There will be no dynamic pricing. Instead, Tada will impose surcharges during peak periods, a similar practice to taxis.

Mr Woo, the entrepreneur, said that it will ensure that fares are cheaper than Grab during these periods of high demands. However, Tada prices could be slightly higher than competitor during periods of low demand.

Riders will also be free of any cancellation penalties if they decide not to proceed with the ride.

Tada will award its MVL digital coins to top performing drivers that receive positive reviews from passengers. The coins can be used to redeem good and services with MVL’s partners or cash out. Channel NewsAsia reported that one MVL token last traded at US$0.005 on 26 July afternoon.

There are plans to adopt 2 pricing systems. The first option is a fixed-fare rate from point to point, while the other option will be metered pricing based on time and distance. The base fare starts from $2.30.

MVL comes from the team behind mobility platform, easi6. It is a reservation service platform that is connected to over 25,000 vehicles in Asia. The platform is adopted by several major transportation providers including Myrealtrip and Ticketmonster in South Korea and Dichungtaxi in Vietnam.

You can start looking into Commercial car insurance to make sure you are covered.

Stay tuned to Firstlane.com.sg and follow us on Facebook for the latest update in the private-hire industry. 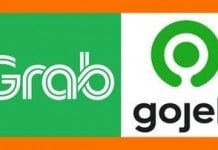 Private-Hire and Carpooling from 16 May 2021