The merger between Grab Holdings Inc. and Gojek have “substantial progress”. Bloomberg reported that a deal is in the works to combine their businesses in what would be the biggest internet merger in Southeast Asia.

The information was provided by people with knowledge of the merger discussion and asked not to be named as the talks are private.

The talks are led by most senior management from Go-Jek and Grab, with participation from SoftBank Group, a major investor in Grab and Uber.

According to the report, the new business structure would have Grab co-founder Anthony Tan as the CEO of the combined entity while Gojek executives would run the new entity in Indonesia under the Gojek brand.

The two brands may be operated separately for an extended period of time.

The merger will be subjected to scrutiny from the government and regulators. Both Grab and Gojek own a large amount of market share in countries they operate in. A merger would further consolidate power in their hands.

The news came shortly after HDT Taxi becomes the first taxi operator to pull out of Singapore due to the impact of the pandemic.

Grab and Uber merged back in 2018 and it attracted a massive fine and imposed remedies for both companies to comply.

The Competition and Consumer Commission of Singapore (CCCS) found that the Uber-Grab merger had reduced competition and increased prices for consumers. They fined Uber and Grab a total of $13million.

Will the Grab-Gojek merger get the go-ahead?

Grab and Gojek has been locked in a competitive, cash-burning battle over the past few years over food delivery, transport and mobile payments. Investors in the ride-hailing firms have been pushing for the consolidation of forces and become the leading internet company in the region.

If both companies can resolve their differences and find a way to move forward, the merger could become a reality. 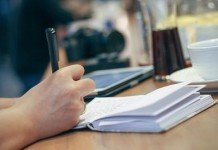