It was recently reported in NUSwhispers that a University graduating female who stays in Private property is concerns on how people view her BF been a Private Hire Driver.

She is contemplating whether to break up with this 27 year old man.

The story goes by her BF “bought” a Honda Vezel which is one of the most popular uber/grab car in march this year and she was impressed that he is able to own a car at the tender age of 27 years old despite just starting his career as a financial consultant.

He told her, he managed to buy this car is due to the fact he closed a couple of big deals. Honestly, which rich client would buy big financial plan or insurance from a newbie financial consultant, one would need to be very lucky to make it happen.

So how did this graduate GF found out about the truth of him driving for Uber/Grab to pay for the cost of the car? Thanks to LTA ruling of the need to have Tamper evident decal at the front and back of the vehicle. We all know this wasn’t too popular with the Driver community as we prefer to be more low profile and would only want to have the label when we are really driving for private hire rather than always having it there. So there are people who knows there would be a demand for people that want to remove the decal and start selling it illegally online.

The GF confronted the man about on how he got the car after a friend pointed out to her the car is used for driving private hire trips. The man finally admitted he did not buy the car and was in fact a rental from Uber. So that explains how did he get a car despite just started working.

The Girl is devastated on the lie and Trust is broken, worse she feels embarrassed that the Same Uber car is sending her back to her Private property every day! She starts to question herself how can a Graduate like her who stays in a Condo be dating a Private Hire driver, its like dating a lowly Taxi Driver. However, I am glad he did not take the risk to remove the decal to conceal the reality, other he would be in trouble for removing decal

Message to the Graduate GF who stays in Condo: Mr Kim Jio would advise you to just break up with him, because you do not deserve him. Have you thought of why did he lie? Maybe you come from a rich family and he is just starting his career, he wants to give you a comfortable life so you don’t need to squeeze in MRT. Like many private hire driver making a honest living, what we all want is to give our family a better life from our hard work. Will people view you as materialistic? Of course! 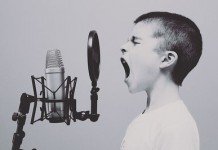