Ryde has been hit with more than 2,000 phantom bookings from over 300 fake accounts in the past 2 months.

Phantom bookings would book rides and do not show up. They usually cancel the ride as soon as the driver arrives at the pick-up point.

These accounts had no prior history of ride-booking and were uncontactable through their mobile phone number and email addresses. These trips were also booked in cash, making it difficult for Ryde to track down these people through their credit card details.

According to The Straits Times, Ryde has reported the matter to the Police and submitted compelling digital evidence that pointed towards 3 companies, one of them being their rival Grab.

Ryde claimed that majority of the fake accounts and phantom bookings came from 2 office buildings. One of them is in Midview City in Sin Ming while the other is Herencia on Kim Yam Road in Robertson Quay area. Grab coincidentally is present in both office building.

One of the IP address listed by Ryde points to a local company named Grabtaxi Pte Ltd. A spokesman for Grab said that the firm was investigating the allegation.

“I Want to Complain”

Besides making a police report, Ryde has also notified the Competition and Consumer Commission of Singapore, National Private Hire Vehicles Association (NPHVA) and the Land Transport Authority (LTA), the governing authority of the private-hire industry in Singapore.

The mastermind behind the sabotage is expected to face stiff penalties for their actions.

Ryde claimed that the disruption to drivers and the resulting loss of income borne by them has exceeded $50,000.

Ryde has implemented preventive measures to tackle the problem of phantom bookings such as conducting user checks to eliminate the fake accounts and informing drivers to alert the firm when they encounter similar issues. 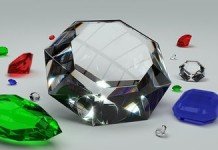 What is Grab Emerald Circle Drivers’ Rewards Program and Benefits