Following the successful beta launch in November, Go-Jek will be extending its services to the whole of Singapore from 2 January 2019.

Go-Jek has announced that they will be introducing dynamic surge pricing and heatmaps. Starting 31 December 2018, drivers can expect higher fares during periods of high demands such as bad weather, MRT breakdowns and special events. Go-Jek goes live in Singapore with the launch of their beta mobile application. TODAYonline reported that private-hire car service will cover the CBD, Jurong East, Changi, Punggol, Ang Mo Kio and Sentosa. Users will have to commence and end their trips within the areas covered.

During the beta launch period, thousands of users will be given access to the service. There is a waiting list to become a registered user on the platform. DBS’s customers will have priority access on the waitlist as it is Go-Jek partner in Singapore.

No Dynamic Surge Pricing for the first few weeks

Dynamic Surge pricing will be off in the first few weeks of the beta trial. Minimum fare for a trip is $6. There is a base fare of $2.70 and per kilometre travelled is 65 cents. There is no per minute charge.

Go-Jek president Andre Soelistyo has announced that the beta app will be launched in Singapore before Christmas. During the beta testing stage, they will be seeking feedback on the app to provide an optimal experience to the riders.

Mr Soelistyo also discussed the partnership with DBS. The objective is to reduce inconveniences that driver may face in getting their earnings. They will work on features such as instant cash-out to allow drivers to withdraw their earnings immediately.

There have been photos circulating online of the Go-Jek Singapore Driver Partner Handbook.

The handbook is published to serve as a guide to new Driver Partners in Singapore. It addresses some of the common question new drivers might have.

Go-Jek talks about performance and the types of incentives

Although Go-Jek has not publicly announced the authenticity of the Driver Partner Handbook, the photos can be considered highly credible.

Drivers who have registered with Go-Jek previously can expect to be onboard from 19 November 2018 onwards.

Drivers will need to prepare the necessary documents for onboarding before visiting Go-Jek Singapore office. Walk-ins might not be entertained so wait for your turn to onboard. Go-Jek has finally announced that they are starting driver recruitment in Singapore. They have set up a portal for driver sign-up – https://gjk.sg/signup This is the only official sign-up link.

Drivers should be careful not to sign-up with any other persons who claim to be from Go-Jek.

Go-Jek has finally spoken. They confirmed that they have tied-up with half a dozen car rental companies in preparation for their launch in Singapore. 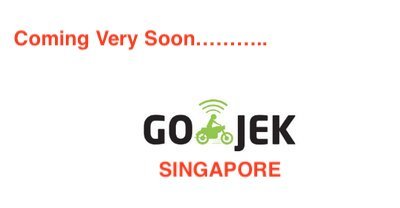 Get your documents ready to sign-up as a Driver in Singapore. See the checklist of documents needed.

Go-Jek may be coming to Singapore may be happening as soon as October 2018. The TechCrunch reported that it has plans to introduce a service in Singapore before the end of October according to an anonymous source with knowledge of the expansion plan.

Despite Singapore being a small market, it is an important market as the average fares are higher and private-hire car service has a significant market share.

It is widely expected that Singapore would be the next in line of Go-Jek expansion plans.

it is an Indonesian tech company that started off as a motorcycle ride-hailing company in 2010.

They have evolved into an on-demand super app that offers a wide range of services like transportation, logistics, mobile payment and food delivery.

The company name Go-JEK originates from the local Indonesian term ‘Ojek’ or motorbike taxis in English.

Go-Jek to enter Singapore with Go-Car

2018 has been an eventful year for the ride-hailing market. The biggest announcement of the year has to be the merger of US ride-hailing giant Uber and Grab in Southeast Asia markets.

The exit of Uber in Southeast Asia presented an opportunity for new players to enter the ride-hailing market. Many local and international firms sprung up within months to try to fill the void left by Uber.

These firms include local companies Ryde, multi-service provider URGE, a startup by a group of private-hire drivers named Kardi and MVL Blockchain company Tada. India-based ride-hailing company Jugnoo also tried to enter the market but merged with Kardi within months of setting up.

In May 2018, Go-Jek announced that it will enter Singapore, Vietnam, Thailand and the Philippines within the next few months with a war chest of US$500m.

The motorcycle transport services will not be available in Singapore.

The Land Transport Authority of Singapore (LTA) told The Straits Times previously that motorcycles are not allowed to be used for point-to-point transport services, unlike taxis and private hire cars.”

Go-Car will be the private-hire car booking service that will give Grab a run for their money.

Private-hire drivers and consumers have been begging for a new dominant player to take the place of Uber. Since the departure of Uber in Singapore, the majority of private-hire drivers have since switched to Grab, which has seen its market share soar to 80%.

Go-Jek has recently commented on the measures imposed by the Competition and Consumer Commission of Singapore (CCCS) on the Uber-Grab merger.

They said they welcome the measures being taken to level the playing field — it will have a significant effect on our strategy and timeline.

It seems to be the clearest indication in months that they have plans to start in Singapore.