Grab is offering a lump sum coming-back bonus for its non-active Drivers.

Inactive drivers have received SMS notification from Grab that they have been credited with $600 worth of credits in their Grab wallet.

Below is a Print Screen of the Message

Based on the tip-off we received, Drivers who have received this $600 credit top-up from Grab have been inactive on the platform for at least 2 months.

Thanks but no Thanks!

Surprise surprise! Many of those drivers who received the $600 credit top-up from Grab were surprised to receive it but expressed no interest in driving for Grab again. Many of those have moved on to a regular job and do not see themselves being a private-hire driver again. 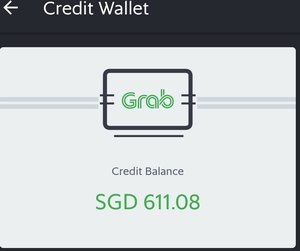 The validity of the credits are for 1 month and unless you drive full-time, it is unlikely to completely utilise it within a month. $600 credits can be used to offset $3000 of fare.

Grab is en-route to a massive expansion course after its latest round of US$700m funding and determination to build the biggest car rental fleet in the region. For the plan to be successful, they must be able to grow and retain their current fleet of drivers.

Since the introduction of the Private-car Driver Vocational Licence (PDVL) framework, the growth of private-hire drivers has slowed down as new drivers are required to wait and pass the mandatory PDVL course before they are allowed to start. It can take months to get a new driver on the road compared to hours in the past.

Many private-hire drivers have “thrown key” and or jumped to a competitor.

Uber has been making changes to make driving for Uber less stressful. They have introduced driver-focused features such as allowing drivers to choose their trips, allowing drivers to reject trips with No Thanks feature, informing drivers upfront of long-trip and making riders pay drivers for waiting time.

Grab has so far only introduced a rider rating system for drivers to rate riders after a trip.

Will the $600 come-back incentives be the start of the reconciliation process between Grab and its inactive drivers?