Come 19 January 2018, Uber drivers may have to share a pie of their earnings with Comfort Delgro Taxi Drivers.

TODAY reported that there were 15,127 Comfort Taxis based on taxi population figures for August 2017 released by the Land Transport Authorities.

Uber will be launching a new service named UberFLASH which will integrate both Comfort Delgro Taxis and Private-hire cars into one service. It is similar to JustGrab which was launched by Grab in 2017.

UberFLASH is expected to significantly increase the fleet of vehicles available to consumers and greatly reduce waiting time to get a vehicle on Uber platform. How UberFLASH may affect driver’s earnings

Surge-pricing – The dynamic surge-pricing is what differentiates between taxis and private-hire. Surge pricing works on demand of riders and supply of cars at any point in time. When rider demand is high, surge pricing kicks in to encourage drivers to go online and start picking passenger.

What is the problem – Comfort Delgro is the largest taxi company in Singapore and has an estimated fleet of 15,000 taxis. Lion City Rental has a private-hire car fleet of 14,000.  The addition of the Comfort Delgro fleet into UberFLASH effectively doubles the number of available cars.

In short, it means the supply is doubled and excess supply equates to demand is met and reduce the likelihood of high surge-pricing.

Think it will not happen? Grab drivers will gladly share with you how much harder it is to get good fares after the introduction of JustGrab. 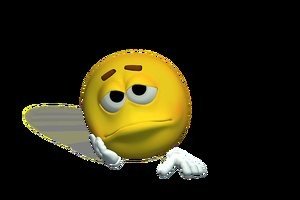 Unless it is an error in publication, Uber drivers will soon be getting back the old fare structure when they are assigned jobs through the new UberFLASH booking service.