A rider who got cancelled 3 times in a row by Grab drivers decides to take his rant to a new level. Mr. Mikrophone decided to do something different from the usual Facebook complaining and film a video instead.

In the video titled Thank You Grab, he shared his experience on how he scored a hat-trick of cancellations, the long waiting time for Grab and the unfair waiting time charges.

After Mr. Mikrophone finished his ranting about Grab, the plot suddenly took a 180 degree U-turn.

He started to compare Grab with public transport and thanked Grab with a self-written rap and song.

It is common knowledge among riders that it takes a longer time to get a Grab car than an Uber.

Grab had tried to tackle the problem of drivers cherry-picking trips by enforcing a minimum 30% acceptance rate. The introduction of the new measure got many Grab drivers upset and jump ship to drive for Uber instead. The new measure may have backfired instead of improving the situation.

Uber used to be the company that private-hire drivers detest. However, Grab has taken over as the number 1 public enemy now.

Uber has sought to win drivers over by improving themselves. They have embarked on a 90 days of change initiative for the Singapore market. In the recent Part 2 of change, they announced better support, better Uber Partner App and perks.

On the other hand, Grab was actively recruiting Comfort Delgro Taxi Drivers to join them with never seen before deals. They were also engaged in introducing a new GrabShuttle Plus bus service in Punggol, a pilot system that can potentially be introduced to other towns in Singapore if it proves to be successful.

Grab did make an attempt to make things better for their existing Drivers by introducing driver rate passenger and my destination features for Drivers. These initiatives were met with poor response as drivers were not impressed with features that were already offered by Uber a long time ago. The introduction of the minimum Acceptance Ratings of 30% confirmed their position as the number 1 public enemy for drivers. 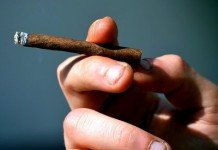